Things to do in Piazza del Duomo in Florence, Italy 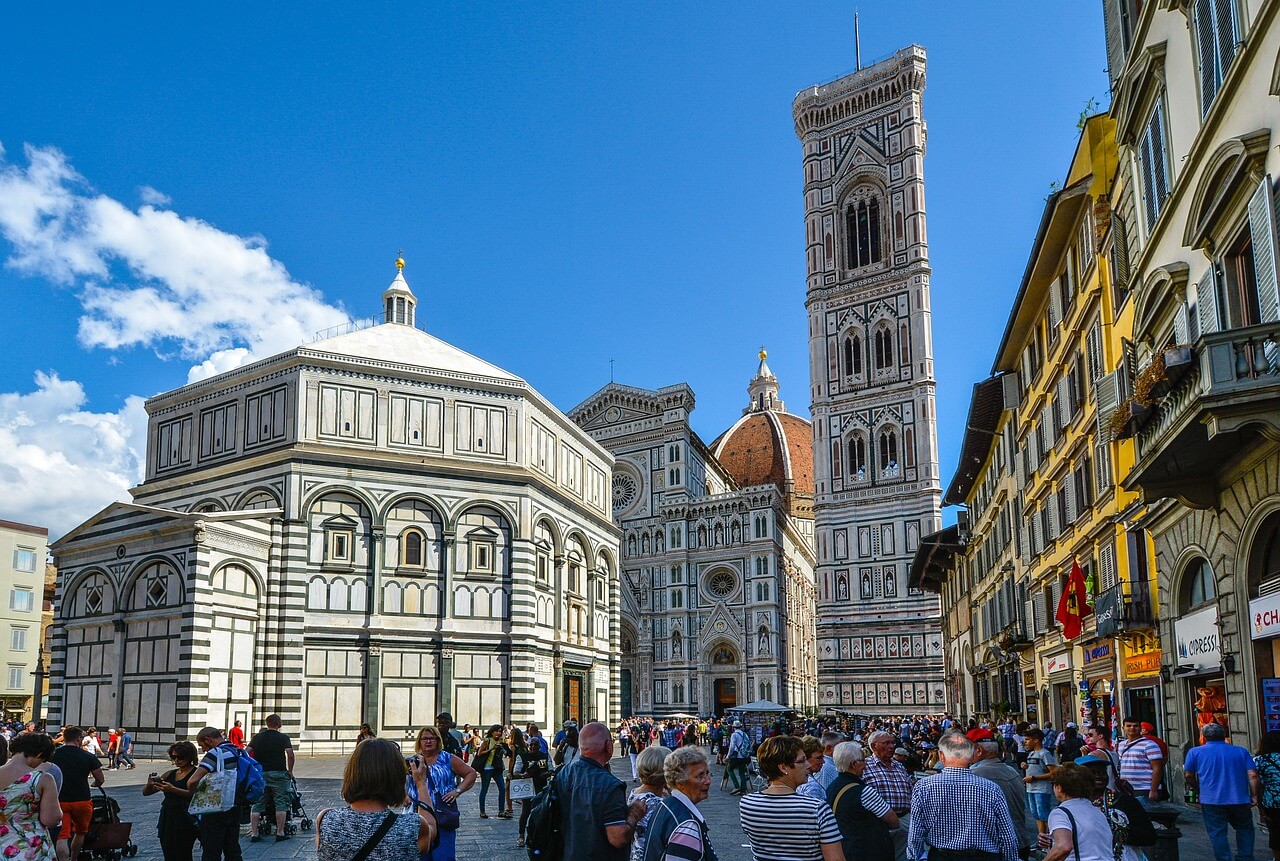 Things to do in Piazza del Duomo in Florence, Italy

Experience Piazza del Duomo: Take a Travel Down in the Historic Center of Florence

Piazza del Duomo is located in Florence and is considered one of the most visited and traveled places in the country. It literally means “Plaza of the Cathedral” or “Cathedral Square” and is basically the center of the area. It consists of several buildings and attractions, namely: the Florence Cathedral, Giotto’s Campanile, the Florence Baptistery, the Loggia del Bigallo, and the Opera del Duomo Museum.

As mentioned earlier, the Piazza del Duomo consists of several buildings, all of which offer a different perspective and dimension to your visit. Keep your eyes open and dial up the other senses as you will be bombarded by a unique of detail that will surely enthrall you and keep you coming back and travel here for more:

The structure is dedicated to “Santa Maria del Fiore” and was designed by Arnolfo di Cambio. The façade and the architecture is done in typical Gothic style. The intricate detail of the architecture would astound you no end. The façade would leave you imagining how the artisans were able to craft the spectacle from marble.

The interior holds most of the allure of the building. Brunelleschi’s Dome has come to symbolize the Duomo because of its grandeur. An engineering and architectural marvel, Brunelleschi’s Dome is the canvass for the largest depiction of the Last Judgement.

The floors are spectacularly majestic as well. Almost hypnotic, the geometric patterns would also hold your interest. The walls might seem bare as they’re devoid of art but it only lends to the subtlety and the charm of the building. Stained glass windows lets a cascade of colors in as the rays of the sun play with it.

Whether you look up or down or scan everything in between, you will have a glorious time absorbing the details.

Considered to travel as one of the four primary monuments in the cathedral, Giotto’s Bell Tower is another architectural wonder in full display. The exteriors are in green, white and red marble which adds to the imposing structure. Those who wish to climb it would have to navigate 414 steps to look at the landscape from the top. Going down 414 steps is another matter altogether as there are no lifts in the structure. Still, visitors would be wise to note the details of the interior as it is still a visually stunning display of reliefs and statues.

Look for the seven bells of the tower: the Santa Reparata (the largest of the group), the Misericordia, the Apostolica, the Assunta, the Mater Dei, the Annunziata and the Immacolata. Note that of the seven, six are appellations of the Blessed Mother.

Officially the Baptistery of St. John, it is one of the structures that make tourists come back and travel here in Florence for more. The exterior looks unassuming even with the red, green and white marble inlays but is aesthetically pleasing nonetheless.

Octagonal in shape with a cupola on top, it does hold a majestic view inside as the mosaics and statues all compete for your attention. The baptistery also holds the tomb of Antipope John XXIII crafted by Donatello and Michelozzo.

One of the main attractions of the structure are the Doors of Paradise – as described by Michelangelo himself. It consists of ten rectangular panels depicting scenes from the Old Testament. Framing the doors are 24 small bronze busts of renowned Florentine personalities including the artist behind the concept, Lorenzo Ghiberti.

Tucked in the corner of Piazza San Giovanni and via Calzaioli, Loggia del Baggio boasts of high arched bays which displays bas reliefs of angels, prophets, Jesus, The Virtues and an Ecce Homo.

Archievald lived here for a long time so I give you some reminders. While the Plaza del Duomo is quite accessible, there are some things to remember when touring and visiting the various sights. Please be guided accordingly: 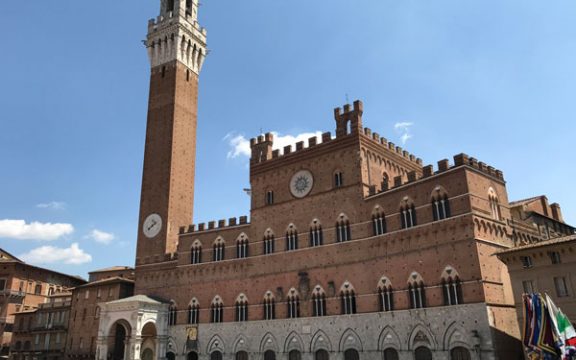 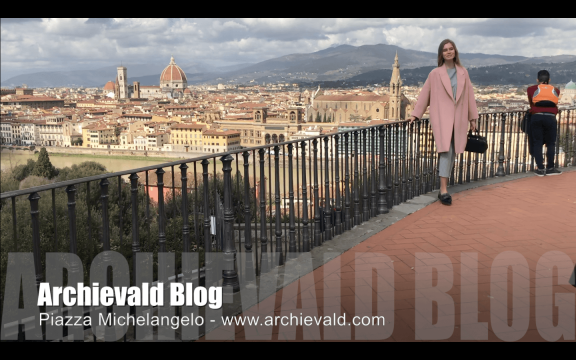 Statue of Michelangelo in Florence, Italy 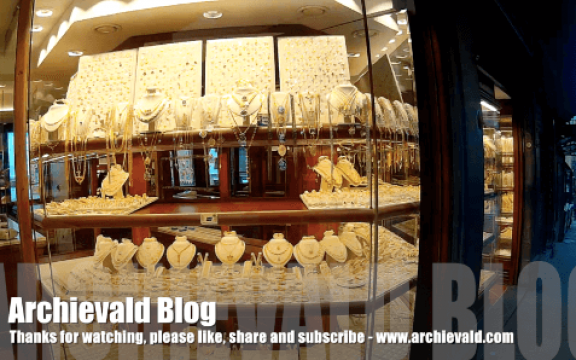 Walk and Tour from Palazzo Vecchio to Ponte Vecchio in Florence, Italy 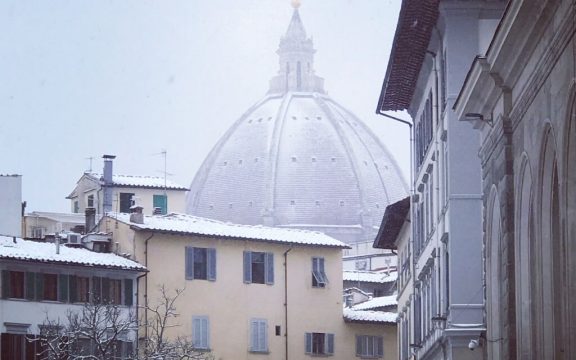 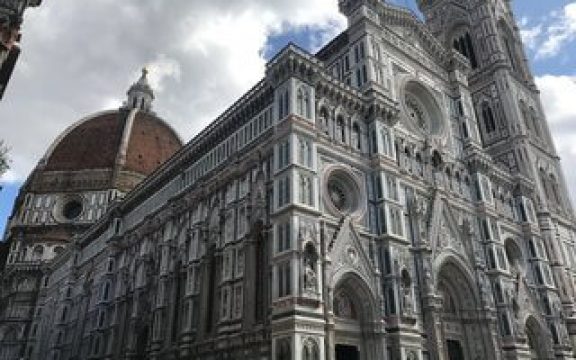 Walk and tour in Florence Cathedral in Italy 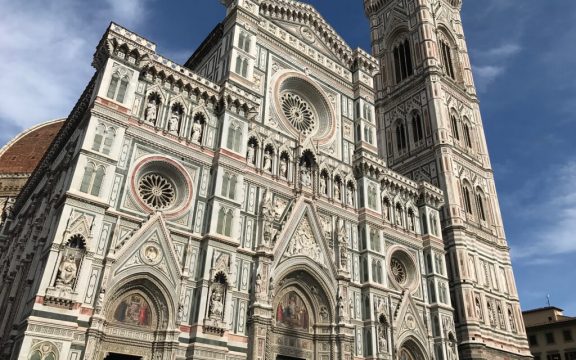 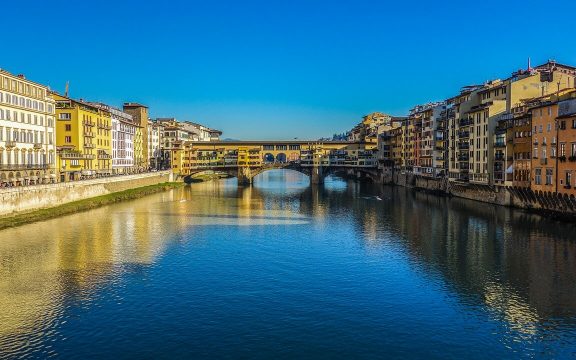 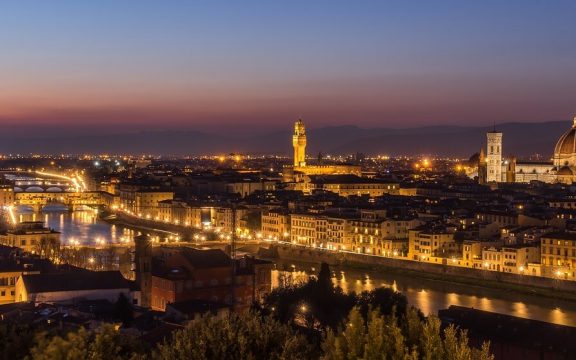 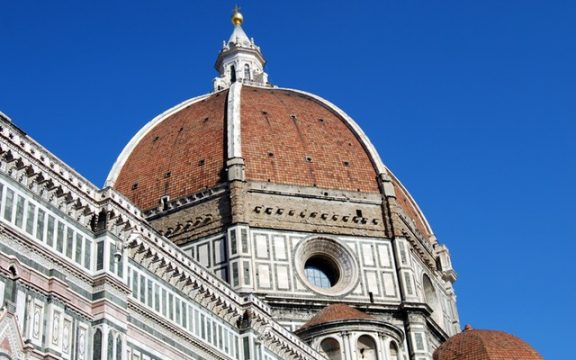